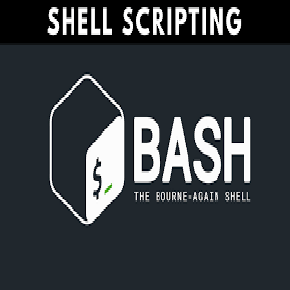 A cat(1) clone with syntax highlighting and Git integration.

bat supports syntax highlighting for a large number of programming and markup languages: bat communicates with git to show modifications with respect to the index (see left side bar):

You can use the -A/--show-all option to show and highlight non-printable characters:

bat can pipe its own output to a pager (e.g less) if the output is too large for one screen.

Oh.. you can also use it to concatenate files :wink:. Whenever bat detects a non-interactive terminal (i.e. when you pipe into another process or into a file), bat will act as a drop-in replacement for cat and fall back to printing the plain file contents.

Display a single file on the terminal

Display multiple files at once

Read from stdin, determine the syntax automatically (note, highlighting will only work if the syntax can be determined from the first line of the file, usually through a shebang such as #!/bin/sh)

Use it as a cat replacement:

Integration with other tools

You can use the -exec option of find to preview all search results with bat:

If you happen to use fd, you can use the -X/--exec-batch option to do the same:

With batgrep, bat can be used as the printer for ripgrep search results.

bat can be combined with tail -f to continuously monitor a given file with syntax highlighting.

Note that we have to switch off paging in order for this to work. We have also specified the syntax explicitly (-l log), as it can not be auto-detected in this case.

You can combine bat with git show to view an older version of a given file with proper syntax highlighting:

Note that syntax highlighting within diffs is currently not supported. If you are looking for this, check out delta.

The line numbers and Git modification markers in the output of bat can make it hard to copy the contents of a file. To prevent this, you can call bat with the -p/--plain option or simply pipe the output into xclip:

bat will detect that the output is being redirected and print the plain file contents.

bat can be used as a colorizing pager for man, by setting the MANPAGER environment variable:

It might also be necessary to set MANROFFOPT="-c" if you experience formatting problems.

If you prefer to have this bundled in a new command, you can also use batman.

Note that the Manpage syntax is developed in this repository and still needs some work.

Also, note that this will not work with Mandocs man implementation.

The prettybat script is a wrapper that will format code and print it with bat.

... and other Debian-based Linux distributions.

bat is making its way through the Ubuntu and Debian package release process, and is available for Ubuntu as of Eoan 19.10. On Debian bat is currently only available on the unstable "Sid" branch.

If your Ubuntu/Debian installation is new enough you can simply run:

If you install bat this way, please note that the executable may be installed as batcat instead of bat (due to a name clash with another package). You can set up a bat -> batcat symlink or alias to prevent any issues that may come up because of this and to be consistent with other distributions:

... and other Debian-based Linux distributions.

If the package has not yet been promoted to your Ubuntu/Debian installation, or you want the most recent release of bat, download the latest .deb package from the release page and install it via:

You can install the bat package from the official sources, provided you have the appropriate repository enabled:

You can install the bat package from the official sources:

You can install the bat package from the official Fedora Modular repository.

You can install the bat package from the official sources:

You can install bat via xbps-install:

You can install a precompiled bat package with pkg:

or build it on your own from the FreeBSD ports:

You can install bat using the nix package manager:

You can install bat with zypper:

On macOS (or Linux) via Homebrew

On macOS via MacPorts

Or install bat with MacPorts:

There are a few options to install bat on Windows. Once you have installed bat, take a look at the "Using bat on Windows" section.

You can install bat via Chocolatey:

You can install bat via scoop:

You can download prebuilt binaries from the Release page,

Check out the Release page for prebuilt versions of bat for many different architectures. Statically-linked binaries are also available: look for archives with musl in the file name.

If you want to build bat from source, you need Rust 1.40 or higher. You can then use cargo to build everything:

Note that additional files like the man page or shell completion files can not be installed in this way. They will be generated by cargo and should be available in the cargo target folder (under build).

Use bat --list-themes to get a list of all available themes for syntax highlighting. To select the TwoDark theme, call bat with the --theme=TwoDark option or set the BAT_THEME environment variable to TwoDark. Use export BAT_THEME="TwoDark" in your shell's startup file to make the change permanent. Alternatively, use bats configuration file.

If you want to preview the different themes on a custom file, you can use the following command (you need fzf for this):

bat looks good on a dark background by default. However, if your terminal uses a light background, some themes like GitHub or OneHalfLight will work better for you. You can also use a custom theme by following the 'Adding new themes' section below.

bat has four themes that always use 8-bit colors, even when truecolor support is available:

Although these themes are more restricted, they have two advantages over truecolor themes:

You can use the --style option to control the appearance of bats output. You can use --style=numbers,changes, for example, to show only Git changes and line numbers but no grid and no file header. Set the BAT_STYLE environment variable to make these changes permanent or use bats configuration file.

Should you find that a particular syntax is not available within bat, you can follow these instructions to easily add new syntaxes to your current bat installation.

A good resource for finding Sublime Syntax packages is Package Control. Once you found a syntax:

If you ever want to go back to the default settings, call:

This works very similar to how we add new syntax definitions.

First, create a folder with the new syntax highlighting themes:

Finally, use bat --list-themes to check if the new themes are available.

You can add new (or change existing) file name patterns using the --map-syntax command line option. The option takes an argument of the form pattern:syntax where pattern is a glob pattern that is matched against the file name and the absolute file path. The syntax part is the full name of a supported language (use bat --list-languages for an overview)full .

Note: You probably want to use this option as an entry in bats configuration file instead of passing it on the command line (see below).

Example: To use "INI" syntax highlighting for all files with a .conf file extension, use

Example: To open all files called .ignore (exact match) with the "Git Ignore" syntax, use:

Example: To open all .conf files in subfolders of /etc/apache2 with the "Apache Conf" syntax, use (this mapping is already built in):

If you want to pass command-line arguments to the pager, you can also set them via the PAGER/BAT_PAGER variables:

Instead of using environment variables, you can also use bats configuration file to configure the pager (--pager option).

Note: By default, if the pager is set to less (and no command-line options are specified), bat will pass the following command line options to the pager: -R/--RAW-CONTROL-CHARS, -F/--quit-if-one-screen and -X/--no-init. The last option (-X) is only used for less versions older than 530.

The -R option is needed to interpret ANSI colors correctly. The second option (-F) instructs less to exit immediately if the output size is smaller than the vertical size of the terminal. This is convenient for small files because you do not have to press q to quit the pager. The third option (-X) is needed to fix a bug with the --quit-if-one-screen feature in old versions of less. Unfortunately, it also breaks mouse-wheel support in less.

If you want to enable mouse-wheel scrolling on older versions of less, you can pass just -R (as in the example above, this will disable the quit-if-one-screen feature). For less 530 or newer, it should work out of the box.

bat expands tabs to 4 spaces by itself, not relying on the pager. To change this, simply add the --tabs argument with the number of spaces you want to be displayed.

Note: Defining tab stops for the pager (via the --pager argument by bat, or via the LESS environment variable for less) won't be taken into account because the pager will already get expanded spaces instead of tabs. This behaviour is added to avoid indentation issues caused by the sidebar. Calling bat with --tabs=0 will override it and let tabs be consumed by the pager.

bat can also be customized with a configuration file. The location of the file is dependent on your operating system. To get the default path for your system, call

Alternatively, you can use the BAT_CONFIG_PATH environment variable to point bat to a non-default location of the configuration file:

A default configuration file can be created with the --generate-config-file option.

The configuration file is a simple list of command line arguments. Use bat --help to see a full list of possible options and values. In addition, you can add comments by prepending a line with the # character.

Windows only includes a very limited pager in the form of more. You can download a Windows binary for less from its homepage or through Chocolatey. To use it, place the binary in a directory in your PATH or define an environment variable. The Chocolatey package installs less automatically.

Windows 10 natively supports colors in both conhost.exe (Command Prompt) and PowerShell since v1511, as well as in newer versions of bash. On earlier versions of Windows, you can use Cmder, which includes ConEmu.

Note: The Git and MSYS versions of less do not correctly interpret colors on Windows. If you don’t have any other pagers installed, you can disable paging entirely by passing --paging=never or by setting BAT_PAGER to an empty string.

bat on Windows does not natively support Cygwin's unix-style paths (/cygdrive/*). When passed an absolute cygwin path as an argument, bat will encounter the following error: The system cannot find the path specified. (os error 3)

This can be solved by creating a wrapper or adding the following function to your .bash_profile file:

Make sure that your truecolor terminal sets the COLORTERM variable to either truecolor or 24bit. Otherwise, bat will not be able to determine whether or not 24-bit escape sequences are supported (and fall back to 8-bit colors).

Please try a different theme (see bat --list-themes for a list). The OneHalfDark and OneHalfLight themes provide grid and line colors that are brighter.

bat natively supports UTF-8 as well as UTF-16. For every other file encoding, you may need to convert to UTF-8 first because the encodings can typically not be auto-detected. You can iconv to do so. Example: if you have a PHP file in Latin-1 (ISO-8859-1) encoding, you can call:

Note: you might have to use the -l/--language option if the syntax can not be auto-detected by bat.

There are a lot of alternatives, if you are looking for similar programs. See this document for a comparison.

bat is made available under the terms of either the MIT License or the Apache License 2.0, at your option.